On August 6, Hiroshima Atomic Bomb Memorial Day, I participated in the Hiroshima World Peace Flag Ceremony (WPFC). Every year on this day, a ceremony is held in front of the Atomic Bomb Dome (Genbaku Dome) at Hiroshima Peace Memorial Park to pray for peace by raising national flags of 194 countries around the world. This ceremony was held with Hiroshima as the main venue, connecting the United States, Canada, South Korea, Brazil, and other countries around the world via a live broadcast. At 8:15, when the atomic bomb was dropped, we prayed silently in front of the Atomic Bomb Dome to the signal of the Peace Bell at the Peace Memorial Ceremony site in Hiroshima. The flag ceremony began with the sound of the child bell of the UN Peace Bell. During the ceremony, I introduced the origins and significance of the UN Peace Bell. Passersby joined the ceremony in turn, waving flags from around the world and saying “May peace be in that country!” as they waved their flags.

After the ceremony, participants also rang the UN Peace Bell to pray for peace.

The next day, Ms. Suga, a member in France, sent me an e-mail saying, “I am glad that you could send out information about UN Peace Bell to the world”. Seeing the beautiful city of Hiroshima, which has recovered from the tragedy of the atomic bombing 77 years ago, I was reminded once again of the efforts and underlying strength of the people of Hiroshima. 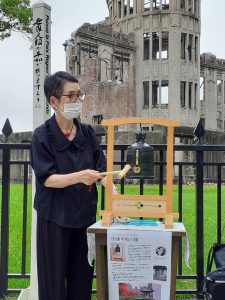 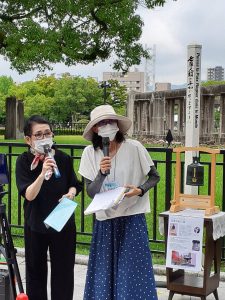 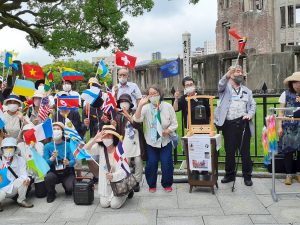 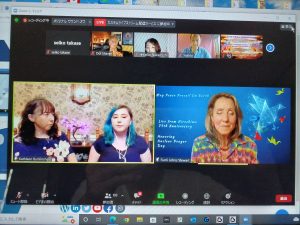 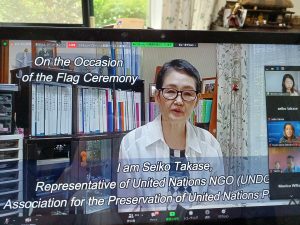 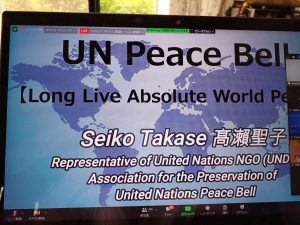 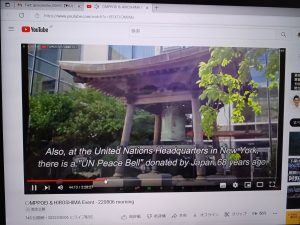 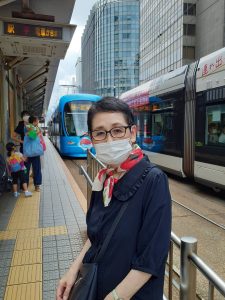 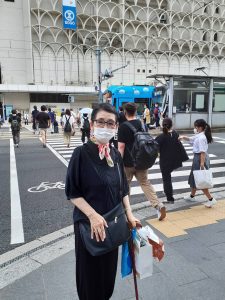