Attending the Ceremony of 50th Year since Osaka EXPO’70

On Saturday, October 10, there was a ceremony in Osaka EXPO Memorial Park to commemorate the 50th year since EXPO’70 was held in Osaka, and Seiko Takase attended.

It was chilly as it rained just before the ceremony. When the ceremony began at 11 o’clock, the sky was clear and blue.

The ceremony started with singing a song Konnichiwa and dance on the stage, which also meant the start towards EXPO 2025 Osaka & Kansai.

Shinji Inoue, Minister in charge of EXPO, offered his congratulations.

The official wear adopted by 21 pavilions in Osaka EXPO’70 were introduced, and Junko Koshino, a fashion designer, gave a speech.

It happened that Mayor Matsui offered Kobukuro an opportunity to write the official theme song for EXPO 2025.

The ceremony ended with singing a song Konnichiwa sung by all attenddees in unison. 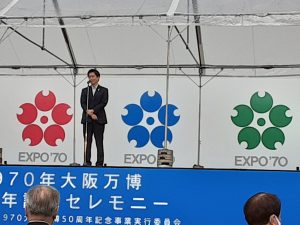 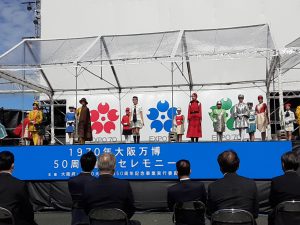 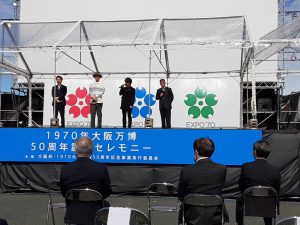 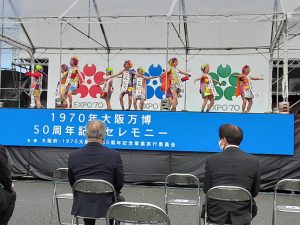